After 8 long years, the works on the renovated “Guardia” pavilion have been completed and all services and departments have been transferred.

The intervention was long and difficult because it was carried out in stages, ensuring the continuity of the functions that could not be transferred.

The intervention includes, on the south side, the realization of a new building in the old pavilion “Pasini” area, with a surface of about 11,500 m², developed on a basement, an underground floor and 3 floors above ground; while on the north side the existing pavilion “Guardia” has been completely renovated, including – in about 6,000 m² – an operating group with 4 rooms, one of which hybrid, a diagnostic area, an endoscopic area with 5 rooms and an intensive care area with 14 beds. Finally, on the first floor, a covered square with a large transparent roof has been created for the CUP (Centro Unico Prenotazioni) of the hospital.

From the architectural point of view, the new and the existing part are connected each other on a single raised basement that links the two volumes, creating in the central area an open space for access to various services and departments.

From the technological point of view, the complex is equipped with its own independent refrigeration production system, while it is connected to the centralized hospital network for what concerns hot fluids.

Despite its small size, the intervention was very complicated, because of its position in a strategic area of the hospital close to one of the entrances to the hospital and because the works involved high-intensity areas implemented, at least for a part, within an existing building, strongly influenced by structural constraints and archeological findings.

Manens-Tifs, thanks to its huge experience in the sector of existing healthcare complexes renovation, has given a fundamental contribution to the realization of works, providing all the MEP systems design and site supervision activities. 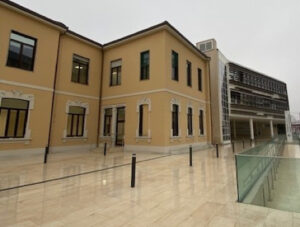 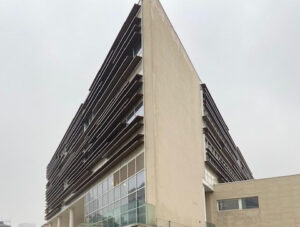 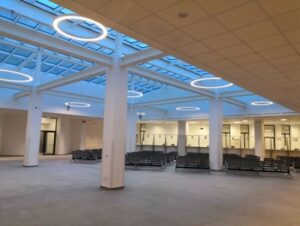 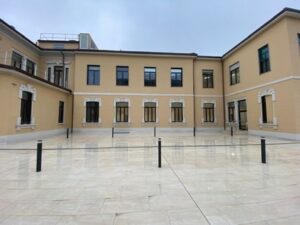